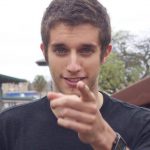 Get the latest MD news, messages from the staff, and sneak peaks of new features exclusively on the Stream.

Here’s another update on the new MD Drop-ins Manager. You’ll see the screenshot has two categories for “Installed” and “Core” Drop-ins. 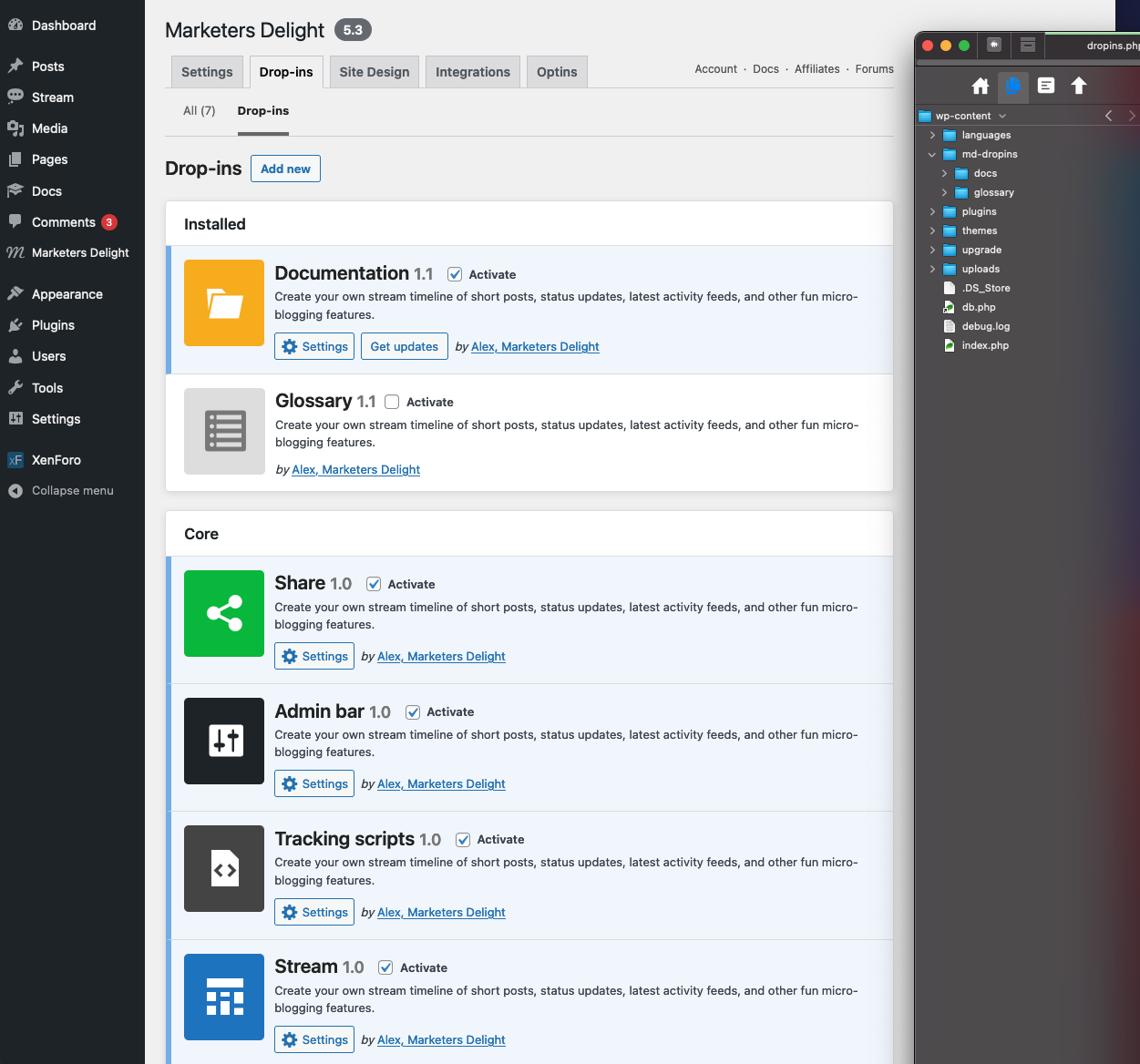 Installed Drop-ins are ones you can upload via .zip file through the Drop-ins interface. You can activate and deactivate them like WP Plugins, which makes the old way of installing Drop-ins via child themes obsolete.

Core Drop-ins come shipped with Marketers Delight and in version 5.3 the definition of a Drop-in has changed. As MD exists now you see features like footnotes, subtitle, MD editor blocks, and a couple other things listed as Drop-ins that will now be treated as regular MD features. Those features I just mentioned can be enabled in MD > Site Design > Content. 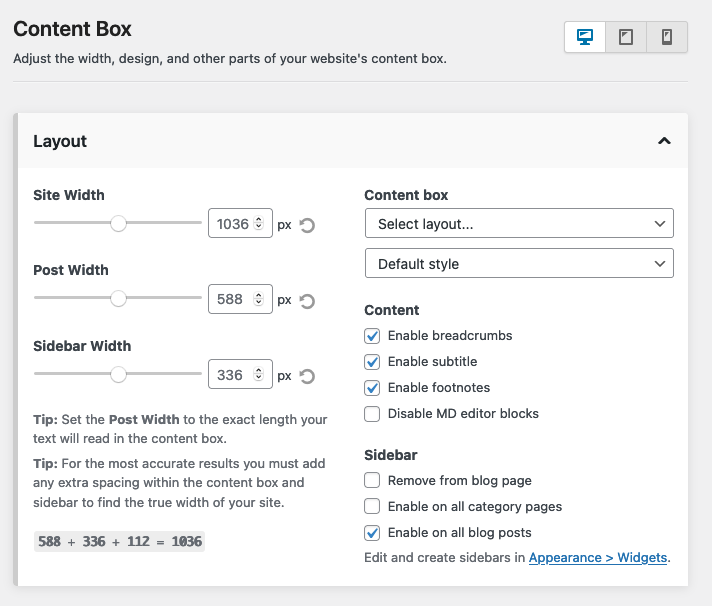 You’ll also notice in the first screenshot I included a file window from the /wp-content/ directory. All Drop-ins you upload will be stored in this new folder where they can be updated by reinstalling the Drop-in, and eventually will be able to receive auto-updates like the MD theme.

This marks a big move because your uploaded Drop-ins will now primarily be stored outside of your child theme. But don’t worry, you can still edit Drop-ins from your child theme, only now it works more like editing plugin and parent theme files.

For example, to edit the main Documentation loop template you should first go to /wp-content/md-dropins/docs/templates/category-listing.php and copy the file contents.

Next, go to your child theme and recreate the same directory (minus the md- prefix): /wp-content/themes/my-child-theme/dropins/docs/templates/ and create the file and paste its contents.

The huge advantage here is that your child theme no longer has to carry Drop-in files, and in fact will only hold the ones you’ve made changes to without getting lost in updates. As the purpose of a child theme is to store your own customizations, the new MD Drop-ins system makes that goal even easier.

Did you know MD comes with some powerful shortcodes? Here’s the complete guide on how to create custom email forms, popup triggers, footnotes, and other useful shortcodes.

A change to the MD release process

Starting with MD5.2.3, we will be releasing early versions of new major and minor versions before sending out official update to the Themes dashboard.

Despite being used on hundreds, maybe thousands of sites, MD is easy to develop on and features are being expanded in a big, bold way every release.

To get that process perfect, those of you interested in testing the new beta releases can download your copy during the release time period from your account area:

For full transparency and in alignment with the pursuit of creating the best website design system on the market, all beta versions will be run and tested on the main Marketers Delight website and other MD web properties before being released for download.

Through the MD Forums we will track any last minute bugs, find missing features, report weird behaviors, and a chance to give your feedback before the new update goes out.

As stated earlier, the main version cycles to look out for are defined as follows:

By MD standards, “minor” releases are considered releases where new features are built into existing systems. For example, the entire Site Design system was introduced in MD5.0 and that is considered a system wide feature. In MD5.2.3, the new Icons Library—a function of the Site Designer—was built-in to your MD websites.

The severity of the update helps you gauge how much testing may need to be done or what level the features you are trying out for the first time are at.

With that, you probably know everything you need to about the MD release process, and can start beta testing the new MD5.2.3 Font icons manager right now.

Marketers Delight 5.2.1.2 has just been released and fixes a few bugs as well as makes some minor CSS selector changes to the header and menu area.

Recently I’ve worked on a couple of sites that use the Yoast SEO plugin and both were having instances where loading the post editor crashed my browser. On an MD site this is nearly unheard of and even the Blocks Editor isn’t THAT slow!

It wasn’t long before I discovered the slowdown was coming from Yoast and its new “Internal linking” meta box, maybe you’ve seen it too if you still use Yoast: 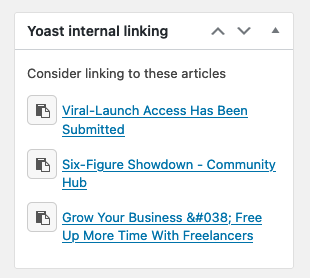 The promise of this feature is fairly obvious—to help you find articles to link to within your current post, probably using some “smart AI technology”. To achieve this from a development standpoint it probably looks at minimum two things:

These are both expensive operations on their own, especially for long posts and a database with thousands of posts, and based on how it performs and how useless the results actually have been I can only wonder what in the world were they thinking to implement something like this?

My only conclusion is the Yoast team got tired of hearing the valid criticism that their plugin is full of ads so they had to add something shiny and seemingly valuable to make it look like their plugin does more things. If further slowing down your site was their goal then this is beautifully designed!

I hate to be a hater but when I see features like this with such little added value for such massive performance hits I can only assume dishonest intentions and this further seals the deal in my mind why Yoast SEO is no longer the best solution on the market.

In case you’re wondering, I stopped recommending Yoast SEO years ago in favor of the brilliantly lightweight and the “it just works” plugin called The SEO Framework.

Tonight’s therapy session is optimizing a 1,200+ line CSS file from an old MD4.6 (!) site and merging it into MD5.0’s new dynamic CSS template.

A quote from Jake O’Callaghan from the MD Forums:

Good copy isn’t hard if you know why you’re selling. Great copy… that takes years of practice and study. But only good is required to convert well if the other business elements are intact.

Me: “Let’s check out the new Twenty Twenty one theme”.

*Turns our theme still got installed. Activates to site*

Me: *vomits profusely on desk*

Let’s all agree that Twenty Sixteen is the greatest default theme of all time.

Preview of the MD Admin Bar

Tired of the WordPress Admin Bar slowing down your viewing experience when logged in? This simple Dropin will replace the WP admin bar (for Admins only) with an extremely lightweight version that retains the most important edit and add new actions.

In use on MD.com: 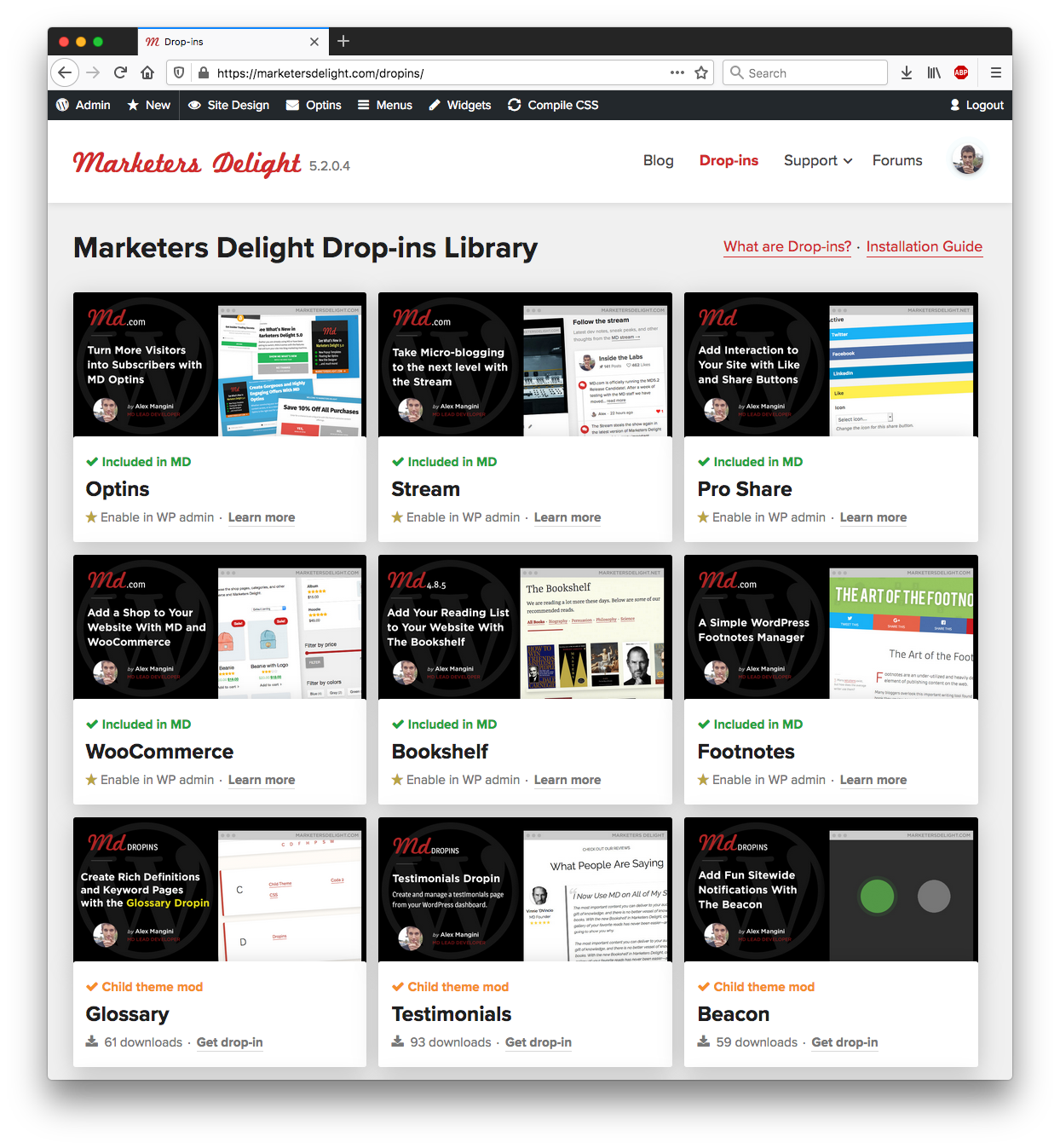 Here’s the kicker—the links you see after “Edit” and “New” are custom set from the MD Admin Bar settings page: 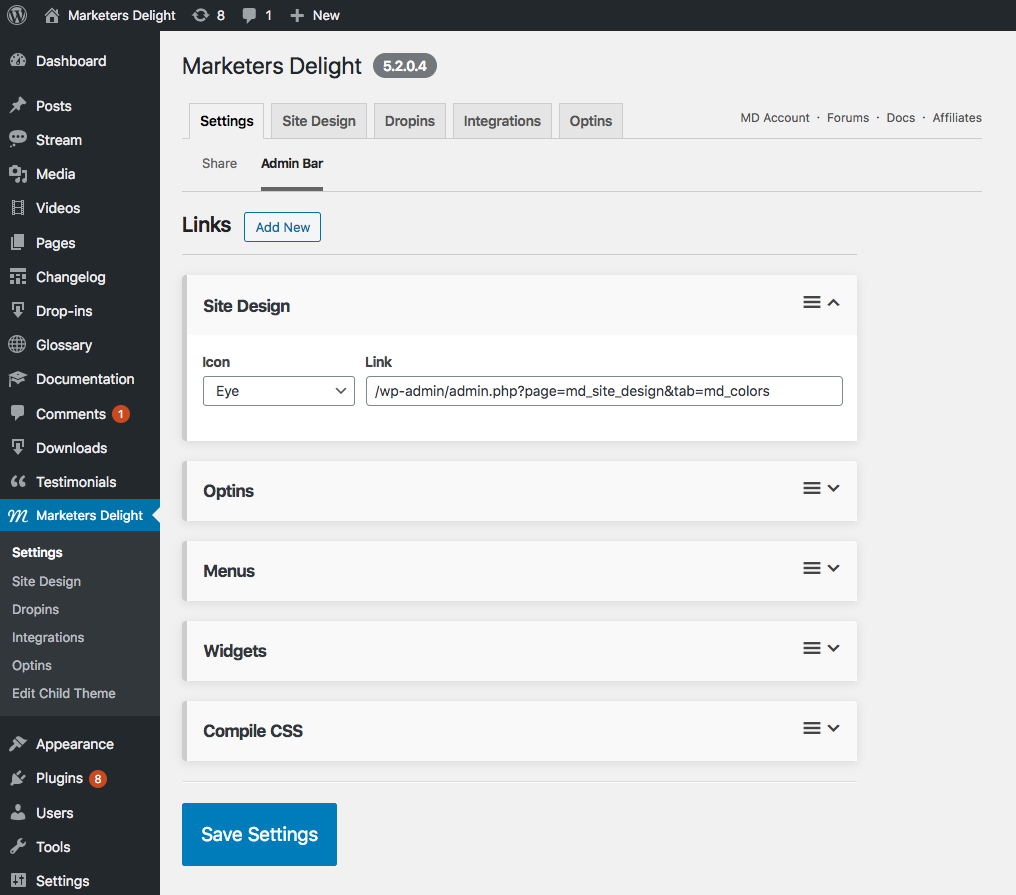 Simple, customizable, and if you like it—there’s more you can do with it. The MD Admin Bar will not be turned on by default of course, so you will be able to enable it from the Features Manager once MD5.2.1 is released.

There are bigger things to come, but I thought I’d show a fun bonus feature coming soon.

Get started with MD today. Pay once for use on unlimited websites.
* Save 40% on license key renewals every 12 months. Get auto-updates sent to 5 websites.

Get the latest MD sent straight to your inbox

There's always something new in the works in the MD Labs! Join the email list to get the newest content and releases sent straight to your inbox.*

* I only email you when there's something new, or to share an exciting MD sneak peak.