Fun fact: There have been over 130 releases of Marketers Delight since 2015! 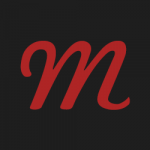